Book of the Week: The Little Bride, by Anna Solomon

This week’s feature is Anna Solomon’s debut novel, The Little Bride, which was published in September by Riverhead. Solomon’s short fiction has appeared in One Story, The Georgia Review, Harvard Review, The Missouri Review, and Shenandoah, among others. She is the recipient of two Pushcart Prizes and The Missouri Review Editor’s Prize. Her essays have been published in The New York Times Magazine, Slate’s “Double X,” and Kveller. Before receiving her MFA from the Iowa Writers Workshop, she was a journalist for NPR’s Living on Earth. For more about this novel, including the story behind its origins, please visit the […] 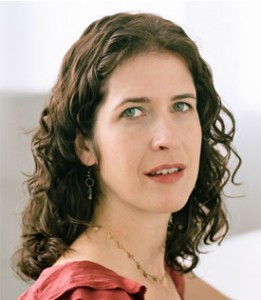 Truth Before Accuracy: An Interview with Anna Solomon

Character likability. “Plot-driven” as pejorative. Research limits in historical fiction. The mail-order-bride as escape route. The double-edged sword of social media. Anna Solomon tells it straight in this conversation with Sara Schaff. 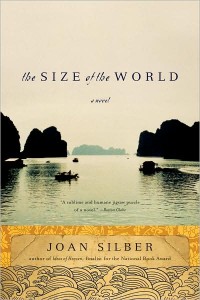 The Size of the World, by Joan Silber

Joan Silber’s elegant sixth book, The Size of the World, probes what one character describes as “the elusive connection between happiness and place.” In prose both beautiful and spare, Silber crafts a novel of thematically linked stories that span continents and generations, and whose predominantly American characters look for adventure and contentment abroad—or in the arms of lovers who will always remain, at the core, unknowable.