From the Archives: Nico Berry talks to Jesmyn Ward in 2009 about her debut novel, Where the Line Bleeds. 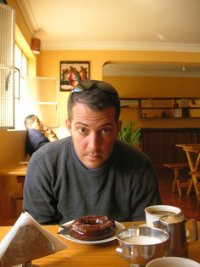 The Dead Thing on the Porch is the Tooth Fairy: An Interview with Ken Wheaton

Richard Fulco talks with Ken Wheaton about his newest novel, Sweet as Cane, Salty as Tears, as well as influences, whether he identifies as a Southern Writer, the role of humor in his work, and more. 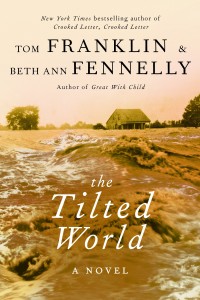 Book of the Week: The Tilted World, by Tom Franklin and Beth Ann Fennelly

This week’s feature is Tom Franklin and Beth Ann Fennelly’s co-authored novel, The Tilted World, which is being released today by William Morrow. Franklin is the New York Times best-selling author of the novel Crooked Letter, Crooked Letter (2010), as well as two previous novels, Hell at the Breach (2003) and Smonk (2006), and a collection of short stories, Poachers (1999). Fennelly is the author of a book of non-fiction, Great with Child: Letters to a Young Mother (2007), three collections of poetry, Unmentionables (2008), Open House (2005), and Tender Hooks (2002), as well as a poetry chapbook, A Different […]

Over the course of these stories, a conviction emerges: faith and lust are not unalike.

The debut author on the inherent tensions of Appalachia, choice and chance, and how opportunistic, narcissistic, desperately flawed teenagers provide the fertile ground for Wild Girls. Stories We Love: "Show and Tell"

Back when I worked for The Southeast Review, we ran an online feature called, “The Cult of George Singleton,” where we asked writers to weigh-in on his larger than life personality. Katie Burgess, his old student from the Greenville Fine Arts Center, told one of my favorite stories, “One day George… hit a snake with his truck. He… put it in a duffel bag, and took it… to a faculty meeting… A few minutes into the meeting, he opened it up and started yelling, ‘Snake! Sweet Jesus!’ until he cleared the room.” Don’t try it. Unless you’re a short story […] 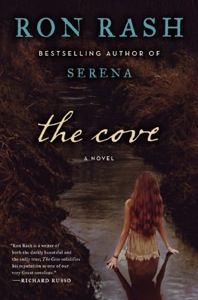 [Reviewlet] The Cove, by Ron Rash 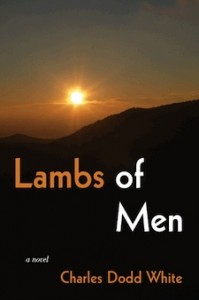 Charles Dodd White‘s debut novel, Lambs of Men (Casperian, Nov. 2010), unfolds in the Appalachian mountains of North Carolina immediately following World War I. After serving in the trenches of France, Hiram Tobit returns to the hills as a Marine Corps recruiter. Hiram’s homecoming dredges up an unhappy past—the last person he wants to see awaits him, the sole remaining member of his family: his father, Sloane. The alcoholic Sloane accidentally shot Hiram’s brother, Kite, years earlier. Following on the heels of this horrible event, Hiram’s mother, Nara, committed suicide during Hiram’s tour of duty. Naturally, Hiram blames his father […]

Disappointed by the lack of bookstores in her hometown of Nashville, writer Ann Patchett is taking matters into her own hands—and opening one. Reports the Christian Science Monitor: As Patchett’s been recounting in interviews on her book tour, a frame shop where she has been a customer since high school asked her if they should stock [her latest novel] “State of Wonder.” They made the offer because, sadly, Nashville’s bookstores – from big-box chains to the 30-year-old Davis-Kidd bookstore – have been shutting down. “It’s very weird to have a book coming out without a bookstore,” Patchett told The Tennessean. […] 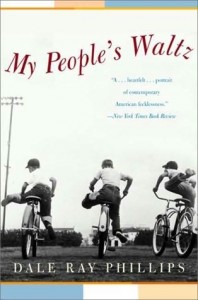 The Sorrow and Grace of My People’s Waltz, by Dale Ray Phillips

Forrest Anderson on the semester he “caught fire as a writer,” when Ron Rash handed him a life-changing copy of Dale Ray Phillips’s debut, My People’s Waltz. Anderson describes the exquisite moments of grace in the collection when “all of the bad things to come are brewing on the horizon but haven’t yet managed to fully snag the family.”