On a bright Friday morning in late April, I met up with Michele Kotler, Founder and Director of The Community-Word Project (CWP) for a classroom visit to PS/MS 279 in the Bronx. In their own words, CWP is a New York City based arts-in-education organization that inspires children in underserved communities to read, interpret and respond to their world and to become active citizens through collaborative arts residencies and teacher training program. The K-8 Captain Manuel Rivera, Jr. School bustled with activity. As we entered a classroom packed with 26 fourth-graders, David Ciminello greeted us. David brought poetry, visual art, […] 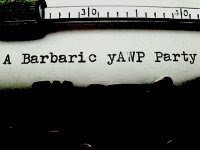 While nearly every writer knows the uplift that community interaction provides – not only to the words on the page, but to a career, to a new collaboration, to every aspect of the literary life – not everyone has the ability or means to travel to the AWP Conference. So what’s a community-craving writer to do? Enter Meg’s Barbaric yAWP. Founder Meg Pokrass, writer – newly minted author! – and member of the FWR community – began “A Barbaric yAWP” as an alternative, virtual way for writers and people in the biz to connect during the 3-day period of AWP. […]

Like to doodle in the margins of your stories? Sketch in the park until inspiration for a story strikes? The folks behind Art House Co-Op – out of the Brooklyn Art Library – who came up with the traveling Sketchbook Project, that sends themed sketchbooks around the country on exhibit, have just announced The Fiction Project. Like The Sketchbook Project, anyone can participate, for the $25 entry fee they’ll send you a book to fill: The Fiction Project is an opportunity to tell stories in a different way by fusing text and visual art. Add your voice to this year’s […]

Do the Write Thing for Nashville

You may have missed it between the Times Square Car bomb and the giant uncontrolled oil spill that’s taking over the Gulf Coast. But last week, the Cumberland River flooded much of Nashville, covering the city with over 10 feet of water, closing institutions like the Grand Ole Opry House, and killing more than 25 people. A group of publishing professionals, Do the Write Thing for Nashville, is working to raise money for flood victims by auctioning off signed copies of books, manuscript critiques by agents and editors, writing retreats, and other lit-related swag. So far, the group has raised […]

Inspired by the Emerging Writers Network—who dubbed May as Short Story Month again this year–and the Poetry Book Giveaway for National Poetry Month, Fiction Writers Review is excited to propose a community effort by lit bloggers to raise attention for short story collections: Short Story Month 2010: The Collection Giveaway Project. Warm thanks to Erika Dreifus (The Practicing Writer), who suggested FWR as a home for this project, and who will be joining the cause. To participate in Short Story Month 2010: The Giveaway Project: (1) This month, post an entry on your blog recommending a recently published short story […] 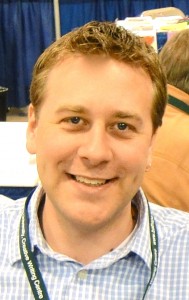 Shop Talk: From the 2010 AWP Panel "Evolution of the New Media"

“During my years as a bookseller, I cherished the opportunities to talk with fellow readers who were enthusiastic about books: how we read them, why we read them, where we read them—you name it. And whether mysteries or metaphysics, non-fiction or nature writing, Chaucer or children’s literature, there was a world of writing to discuss, much of which I had never heard of. I loved nothing more than learning and contributing to that community. It is this same sense of community that we try to foster at Fiction Writers Review. One that is made up of tastes and interests as divergent and varied as our contributors. But if there’s one unifying element, I have to say it’s that very same enthusiasm for books. An unabashed, unapologetic, earnest love of ‘shop talk.'” 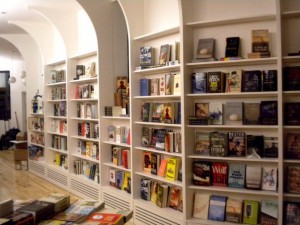 In my old (and much-missed) neighborhood of Fort Greene in Brooklyn, the fabulous Greenlight Bookstore is doing its part to raise money for Haiti. NYC-based readers, shop at Greenlight today and tomorrow to help! Via the store’s newsletter: A lot has been given to us at Greenlight Bookstore. It’s high time for us to give back. The earthquake in Haiti has affected many of our Brooklyn neighbors, and we want to do what we can to assist in the relief efforts there. So, this weekend, Saturday January 23 and Sunday January 24, Greenlight Bookstore will donate 10% of all sales […] 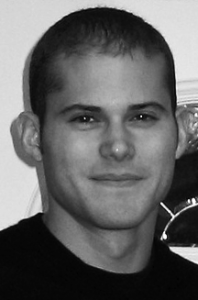 Fiction writer and Penn State Erie lecturer Eugene Cross has won the 2009 Dzanc Prize. The $5,000 prize is based on a manuscript-in-progress as well as a proposal for a writing-related community service project. Dzanc writes: Cross was selected from more than 100 applicants for both the quality of his fiction writing, as well as his proposal to set up and run a progressive series of creative workshops for refugees from Nepal, Sudan and Bhutan, in Erie. For his community service, Cross will conduct three 4-month workshops in concurrence with an ESL class currently being taught. We at Dzanc found […]